in the dream talk

the tang of salt

Contemporary Haiku inspired by Inis Oirr from Anton Kinsella, County Cork. Anton’s Haiku will be weaving their way into the pages of the Inisheer Zibaldone.

A man I know once met a man from Baile an Chaisleán in Tigh Ned’s, who told him that whenever he looked out of his kitchen window of an evening after being in the pub he would see a herd of elephants charging at him down the raveen. The man I know saw it with his own eyes.

I live in an average Irish townland. It just happens to be in the middle of Galway Bay. 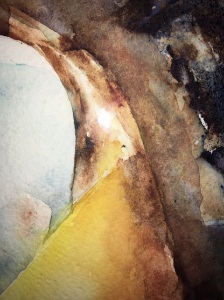 Inis Oírr in Lockdown is an Exhibition at Aras Éanna of Photographs by Cormac Coyne taken during the Coronavirus lockdown on Inis Oirr.

My interest in photography began at a young age on a trip to London, I was less than 10 years old when my uncle handed me his Nikon SLR back in the days when all cameras used film.  I remember the excitement back at home sitting around the fire looking at the printed photos in a little album.

In 2007 I moved to Inis Oírr with my family and began teaching in the secondary schools on both Inis Oírr and on Inis Meáin.  Living here on the islands has made me acutely aware of the beauty of the nature that surrounds us, from beautiful sunsets, raging seas, the rich diversity of all the different types of life that thrive here to the countless stars that light up the night sky.  But most of all I am aware of a strong sense of community and the rich traditions that hold the people of the islands together.  Gentleness and resilience are two characteristics that to come to mind when I think about the people here.

It is in my pursuit to capture this richness of the islands onto an image that have allowed my abilities with a camera to grow and develop.  I do not believe that I have succeeded in my goal yet but for me it is the pursuit of this goal that is important.  It is what continues to help me to find and further push the limits of my abilities and imagination.  I have a keen interest in portrait photography, astrophotography, landscape, sport and wildlife.  I enjoy shooting images in low light, capturing each delicate photon of light that creates a unique image that is just not possible in daylight.

A special moment for me personally was exhibiting a selection of my photos in Áras Eanna alongside with other local talented photographers.  I have been lucky enough to take photos on the most southern tip of Africa to the tundra inside the Arctic Circle but it is here in on the Aran Islands where I feel most at home.

Our daily lives have changed drastically since this virus has made an appearance onto the world stage.  New ideas such as social distancing and the 5 km exercise zone from home have become all too normal.  A lot has changed for so many in recent times.  I had an idea to take photos from Inis Oírr to capture the outside world that we have taken for granted for so long.  The idea was to publish them online for the people who were too far from the sea or who could not see a sunset, I wanted to bring some of my world to them.

You can view the full exhibition at http://aras-eanna.ie/en/project/cormac-coyne-inis-oirr-in-lockdown/ 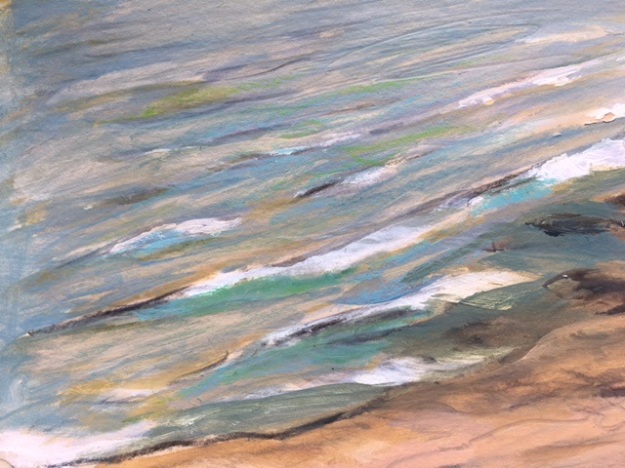 The most westerly arts centre in Europe is playing a huge part in keeping people connected throughout the coronavirus lockdown, even at a time when people are prevented from travelling to Ireland’s offshore islands.

Áras Éanna, situated on Inis Oírr, the smallest of the three Aran Islands in Galway Bay, has captured the imagination of the public with a series of weekly live performances which have allowed the people of Inis Oír to keep connected to artists and performers on the mainland.

Since April 9, the Áras Éanna Beo gigs on the arts centre’s Facebook page have attracted more than 60,000 online visitors and provided a much-needed revenue stream for artists and musicians who have been unable to perform live.

The weekly Thursday night sessions on Facebook have featured a wide variety of
performers, some island residents and artists who were due to visit Inis Oirr, building up a loyal following.

The weekly gigs started with a session by Inis Oirr resident Micheal O hAlmhain, playing the flute and tin whistle from his island home. They have really taken off since then.

“I had to leave the island in mid-March and I had to start working from home. I had to start cancelling our summer activities and decide what we were going to do,” says Aras Eanna Artistic Director Dara McGee, who has been delighted by the popularity of the online shows.

“We are really getting the numbers up. We have an average of about 400 people watching the show live every Thursday evening, but we get up to 7,000 views over the following week. Benny McCarthy (Danu) has hit 10,000 views.”

Performers are delighted that Dara is able to pay them a modest fee at a time when so many events have been cancelled and Dara has been delighted to feature acts, such as The Whileaways, who were due to play live at Aras Eanna during the lockdown.

As well as O hAlmhian, the Aras Eanna Beo sessions on Facebook have given platforms to Inis Oirr residents Pat Quinn, who once wrote a song for Christy Moore; Lasairfhiona Ni Chaonala, a world-renown Sean Nos singer; and Daithi O Brioin, a ballad and folk singer.

Dara himself has put on a live visual art show which was watched by 7,000 people and a concert by accordion player Benny McCarthy (Danu) attracted 10,000 views. Des Dillon put on a wonderful puppet show from his home and singers have included Liam O Maonlai and Ruth Dillon.

The live shows normally take place on the arts centre’s Facebook page on Thursdays at 9pm.

Although a couple of children’s shows have taken place at 7pm. Dara provides the performers with an Aras Eanna backdrop and co-ordinates with them in order to enhance the sound and visuals for the weekly shows.

“The online thing has become really huge for us, because the building is physically closed. We are actually reaching a bigger audience than if we were open, but there is nothing to beat an actual live performance, sitting in your seat, and witnessing a gig or a play or a reading live.

“As a set designer, I even talk to the artists about what’s behind them.

“Of course, we can’t wait to get back to real life performances in our 75 seat theatre on the island. But we are actually very proud that we have had 60,000 views of our gigs since this pandemic started. I think that’s excellent.

“It would take us ten years for us to sell that many tickets for shows in Aras Eanna!”

Find out more at https://www.galwaydaily.com/arts-culture/weekly-live-gigs-keeping-the-islanders-connected-through-covid-19/ 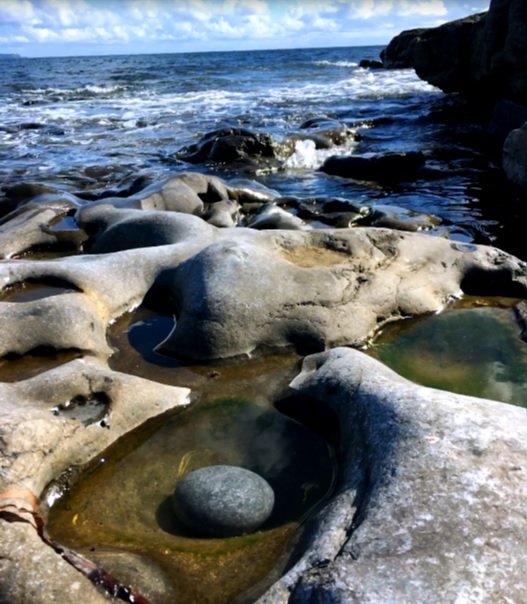